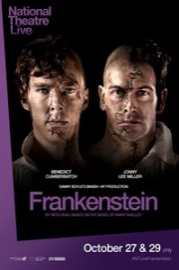 NCM Fathom Events, experiences and British National Theatre Live By sensational original National Theatre production of War Horse stage experience, invites you to select theaters nationwide in the West End of London in a separate event on Thursday February 27, came at 07:00 (local time), Michael Morpurgos based on the novel and adapted for the stage by Nick Stafford, War Horse invites the audience Devondi rural areastraveling outside regular bateanErresuma to England during World War I in the trenches of France. Do not miss your chance to not miss this production milestone experience!